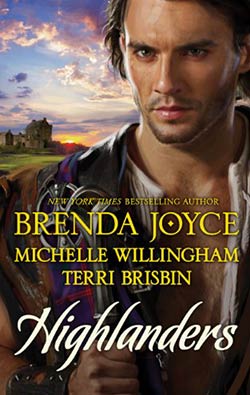 Every once in a while in storytelling, a character (or two) is left at the end of the story without their own happily-ever-after. And every once in while, an author gets the chance to go back and give that to them. I have that chance now – with James Murray and Elizabeth MacLerie, from THE HIGHLANDER’S STOLEN TOUCH, in “The Forbidden Highlander,” part of the HQN digital anthology, HIGHLANDERS.

Honor-bound by an arranged betrothal, James Murray never anticipated falling in love with his intended bride's dearest friend instead. The passion between James and Elizabeth MacLerie is undeniable, but they are torn between love and loyalty to their clans….

“HIGHLANDERS is a fantastic anthology by three original voices in Scottish historical romance. In all three stories, the romance is wonderfully developed and written with lyrical, moving prose.”