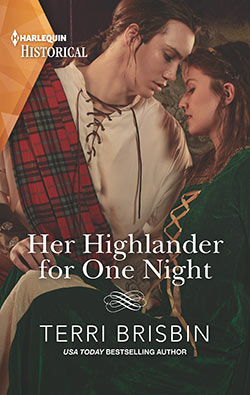 Claiming the highlander for one night of pleasure!

When Glynnis had to make a noble marriage, Iain Mackenzie Cameron’s illegitimacy stood in the way. She married another—but now she’s returned to the clan a widow, and Iain is an assured warrior, the chieftain’s heir. Glynnis would make him a more than suitable bride—except for her inability to produce heirs. Iain must marry elsewhere…but only after she claims one precious impassioned night with him!