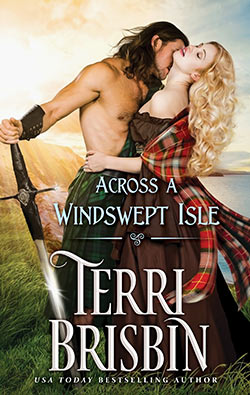 Ailis lost the love of her life. . . or is he standing right in front of her?

Ailis MacKinnon lost the love of her life in a terrible fire and months later is being forced by her father to marry. When she refuses and is given to the next man who enters the keep instead, she discovers that the mysterious ‘Iain’ reminds her of the man she lost. Worse, he encourages her to be the woman she should be. As the battle of wills between father and daughter builds, so does the passion between her and this hooded man. Will Ailis be able to claim the man she lost knowing that exposing his identity will endanger him? Or can she give him up now that she has found him?

Will their forbidden love save them when danger threatens their very lives?

This novella previously appeared in THE FORBIDDEN HIGHLANDS, a boxed set