Kidnapping the Laird – for Kindle and Nook, NOW! 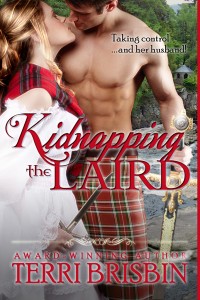 I’ve decided to release KIDNAPPING THE LAIRD (from the recent collection of Mammoth Book of Scottish Romance) in digital formats for both the Amazon Kindle and the B&N Nook. Kim Killion (of Hot Damn Designs and author extraordinaire!) did the cover for me, using an actual photo from my trip to Scotland. See that little stone house — there! next to the gorgeous man’s muscular arm? That was the inspiration for my story so I’m thrilled that Kim could use it.

Catriona MacDonnell is a wife of convenience who discovers that she wants more from the handsome, sexy laird she had to marry.  Padruig Grant was not happy when his wife kicked him out of her bed, but his pride prevents him from returning to it. When Catriona takes matters…and her husband…into her own hands to claim the love they both deserve, should he resist her valiant efforts or should he surrender?

So, if you have a Kindle or Nook, I hope you’ll give it a try!

BTW – I’ll have an exciting bit of news soon about a special project coming from Harlequin Mills & Boon!

A few months ago, I was invited to contribute a short story for the ongoing, popular MAMMOTH BOOK OF ______ ROMANCE series — this time for a MAMMOTH BOOK OF SCOTTISH ROMANCE. I said yes! Not sure if the title will remain the same, but I turned in “Kidnapping the Laird”, a short sexy story about a laird and his ignored wife, last week.

I just received this and wanted to share it with you — 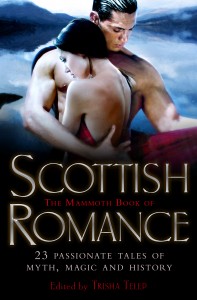