Historical Romances? We’re giving them away!

December 13th, 2018 by Terri Brisbin & filed under Uncategorized | Comments Off on Historical Romances? We’re giving them away!

For the next week, I’m taking part in a huge giveaway of historical romances by bestselling and award-winning authors you love (and me!)…. 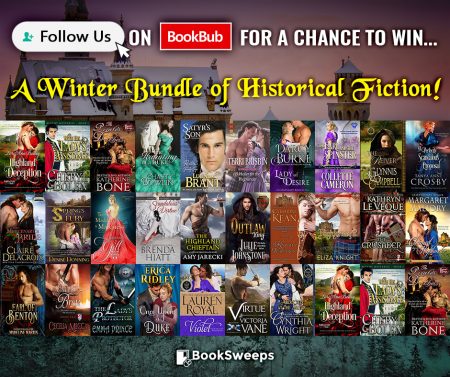 All you have to do is FOLLOW us on BookBub – a great place to find authors and books and deals on ebooks – to enter! Easy peasy and it’s helpful for authors, too. We’d love to see you all over there – recommending books and finding new ones…to read and love!

Brandywine Brides – and the Writers Who Lunch

March 24th, 2017 by Terri Brisbin & filed under Uncategorized | Comments Off on Brandywine Brides – and the Writers Who Lunch

A couple of years ago, after decades of knowing each other, a small group of writer friends began to gather for lunch once a month. We would talk about family and life but then the topics would turn inevitably to writing and stories, the market and contracts, and other publishing topics. We were a mixed group – all published, most by traditional publishers, some of us trying our hand at indie publishing, too. Finally, someone said — hey, we’re all writers, we should write something together!

And that was the beginning our our series – The Blackwood Legacy – and our first anthology – Brandywine Brides!

We gathered for planning sessions. We climbed into cars and did road trips all over Chester County PA, looking at stone houses, horse farms and the Brandywine River as it ran down through historic Chadds Ford. It took months before the family’s history and the idea of the first connected collection took shape. One writer had to bow out and we recruited another to take her place. Finally, seven stories about seven generations of the Blackwood family took shape – from the patriarch Finlan Blackwood in 1721 down to the current owner and namesake Finn Blackwood.

Brandywine Brides is now available for pre-order and will debut on April 25 — we hope you’ll give us and the Blackwood Family a try…. it’s at a special price now – 99¢ – and available at most retailers

One Family ~ Seven Generations ~ A Legacy of Love